New beginnings are around us everywhere, every day. Even when we think all hope is lost, we’re reminded there’s always a chance to find something new, something to inspire and reinvigorate us.

In recent weeks, I’ve watched two people I love start their new life together, a bride and groom confident in their partnership and their future. I celebrated a friend’s first pregnancy — one that did not come easily, and is all the more appreciated for it.

By contrast, I saw our country’s divides grow deeper over issues like race, choice and equality. My heart ached as Detroit declared bankruptcy, proof that a city holding a lifetime of memories for me is struggling to survive. 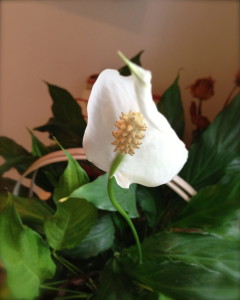 But I choose hope. I choose to reflect on the new beginnings I’ve witnessed. I choose to do my part to contribute to a better future for those just starting out — new couples, new babies, new businesses, new dreams.

Can America overcome what divides us, to stand united for the good of our country and each other? I believe we can, if enough people want it and work for it. Can Detroit rebuild itself and become a great city once again? I have no doubt. In fact, the seeds of that rebirth are already there, in the businesses and residents moving into the city. They’re choosing hope, too.

No one’s saying it will be easy. Even the most joyous of new beginnings — a wedding, a baby — has its challenges. Emerging from bankruptcy or overcoming decades of division are tasks that will be years in the making, but absolutely worth the effort.

Sometimes, it can start with the smallest of seeds, A kind gesture, a purchase at a local business, a thought of forgiveness for someone who doesn’t share your views.

Hope can even lie dormant but it’s always there, like the lily that blossomed in my house after two years without flowering.

Hope is always there. You just have to believe in it.

The first day of TEDMED was one week ago today. While everything I learned there is still simmering in my brain, I’m already thinking: what’s next?

TEDMED places its focus squarely on that question, while exploring how we got where we are and how that propels us forward. But, feeling a bit like I just came home from the best, most brilliant summer camp ever, I can’t help but wonder what lies ahead for each of us. The presenters, the delegates like me who attended, and the work we do in the world outside TEDMED.

This idea was amplified by an excellent post by Juliet Rogers, President & CEO of Blue Cottage Consulting. It beautifully expresses how TEDMED gets inside our bones if we let it — something I willed myself to be open to before I even arrived.

Over the course of the week, I found myself making connections in my brain between something I’d seen onstage and something unrelated I chatted with a fellow delegate about during a break. I also discovered the “unexpected connections” TEDMED heralds, finding surprising links between seemingly unrelated presentations.

For example, the work of Eli Beer, Founder and President of United Hatzalah, which mobilizes trained volunteers to help save lives in medical emergencies, might seem on the opposite end of the spectrum from the work of Michael Hebb, a leader in staging themed dinners, with his latest project bringing together people to talk about death and how they want the end of their life to be. But both these concepts revere and celebrate life, using innovative grassroots approaches to create new ways of looking at — and contributing to — the world. Their imagination and passion is changing how we address life and death.

Or consider the seemingly unlikely connection between Richard Simmons and U.S. Surgeon General Regina Benjamin. But on the first day of the session, Benjamin talked of bringing joy back into physical activity. A couple of days later, Simmons emulated that with his inimitable exuberance. I danced with them both onstage as the entire conference found the joy in getting moving. 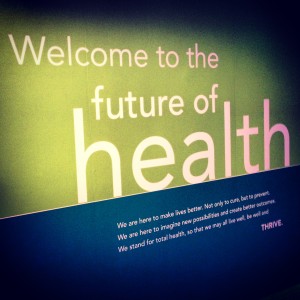 Over the course of the conference, I found myself continually connecting the dots, just as TEDMED Curator Jay Walker helped us see connections between ancient books about science and ultra-modern medicine. I’m still uncovering new connections as I reflect on the week and dig deeper into the work of the presenters and delegates. It’s a scientific fact that learning creates new connections in the brain, so it’s fair to say that TEDMED will change how each of us sees the world.

Because I’m the only one of me that exists, I drew connections in my mind that perhaps no one else will. It’s true of everyone who was there. It’s true about the innovators onstage and those of us in the audience who came as delegates because of our passions, our curiosity, our dreams of doing big things.

While we were there, the seeds of new ideas were being germinated, scattering through the conference as we made connections. Who knows how they’ll blossom or when? 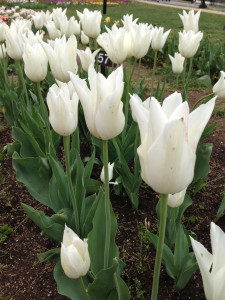 Back to Juliet Rogers. We have a mutual friend and had spoken many times, but the first time we met was at TEDMED. We forged an instant friendship, finding a comfortable connection from the start. But what’s even more remarkable is that I had the same experience with other delegates I met.

More than once, there was this feeling we’d met before. Or we discovered common threads not just in our networks but in our thinking. Not every conference creates the opportunity to chat with a Tony Award-nominated actress or hug a game-changing doctor within minutes of meeting.

We can’t be sure yet what these connections mean or where they’ll lead. But there’s one thing I’m certain of: The connections we made with each other are as powerful as the connections we made in our brains. We’re a community of unique, dedicated, inquisitive individuals. There’s no telling what we’ll do next. And I can’t wait to find out.

I didn’t actually meet Michelle Obama. But it sure felt like I did. Because her warmth and passion fill any room she’s in. And I was lucky enough to be in the same room with the First Lady.

It was a fundraising event in Detroit for President Obama’s 2012 campaign. It was a full house of enthusiastic supporters, and meeting fellow volunteers and citizens who believe in the work President and Mrs. Obama are doing for our country was electrifying.

When the First Lady was introduced, the applause and cheers must have made the ballroom’s chandeliers swing. I don’t know, because I couldn’t take my eyes off Michelle Obama. I felt so proud and grateful to be in her presence.

Mrs. Obama emphasized what’s at stake in the 2012 election: A choice between two very different visions of what America is and can be. Contrasting visions of who we are and who we want to be as a country.

Michelle Obama even shared a glimpse into her husband’s private side. How he tells her the stories he hears every day, about everyday Americans. Those stories, she said, are what keep him going.

She may be the First Lady, but Michelle Obama told us she’s in this as a citizen who knows we can work together to make this country better. That’s the kind of citizen I want to be, too.

I still hope someday I can shake Michelle Obama’s hand — and perhaps even the President’s — and say how much admiration and gratitude I have for them. Until then, I’m inspired by knowing I have something in common with our President and First Lady: I am a citizen whose efforts can make a difference to our country’s future.