What you can do for your country

This is not about politics. It’s about making a commitment to the future of our country.

That’s what I tried to explain when a fellow Democrat expressed surprise that I’d decided to volunteer for OFA. He asked me, “Why would you want to volunteer for Obama? Congress won’t let him get anything done.”

My answer was, “That’s exactly why I’m doing it. President Obama has our back. We need to have his.”

I’ve always believed in President Obama and still do. I believe he’s more focused on people than politics, just one of the reasons he has my support. You may have a different viewpoint and I respect that. In fact, I welcome the opportunity to talk about it. That’s what the democratic process is all about: speaking up, exchanging ideas and solving problems together in a civilized debate. 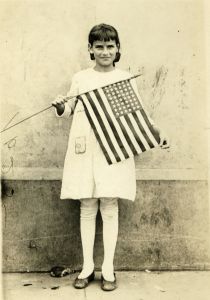 Something else I believe in is the power of one person to make a difference. I’m more sure of that than ever after training to volunteer for OFA and meeting a group of incredibly smart, involved citizens.

I’m excited about what our team will be doing to help educate and engage voters. Especially at a time when our country is paralyzed by political polarization, every step we take toward a better future matters. We owe it to ourselves to be informed on the issues — especially those that matter most to us as individuals — and support the people and policies we believe in.

As a country, can we put politics aside and focus on a united effort to improve our future? Yes, we can.

You need better content. If you’re a savvy communications strategist or a whiz-bang writer who knows the value of good content, then you already know […]