You can teach an old(er) cat new tricks

Is there anyone who likes speaking in front of an audience or on camera? I actually do, but despite kudos I’ve received for it I’ve often feared I must sound just like that teacher in the Charlie Brown TV specials. We all think that way. It’s human nature.

But, really, I’ve had no reason to feel ill at ease. I’ve been a professional communicator my entire career. I also spent 20 years performing onstage and directing theatre, which requires an understanding of how to put your best foot forward and, in the case of directing, teaching the skill to others.

At Netroots Nation 2013, a conference largely devoted to using technology to amplify voices and influence public debate, I attended a training session on how to be a “media star.” It was led by Joel Silberman, who brings years of theatrical experience to his work as a media strategist and trainer for organizations, online activists and candidates. 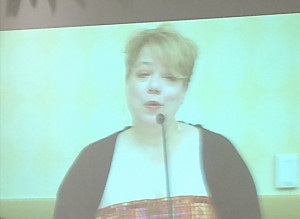 Even if he hadn’t uttered a word about how to be authentic and put forth a presence while in the eye of the media, his own skills would have illustrated it perfectly. The advice and guidance he shared was invaluable, whether I’ll be on camera or coaching someone who will be. And I had the exhilarating, enlightening experience of being selected to receive one-on-one coaching in a mock on-camera interview.

I’ve never felt more self-assured and articulate on camera. I feel like I’m ready for anything now. Including my close-up.

Now for something completely different…

This isn’t a blog post. Well, not one written by me, anyway. 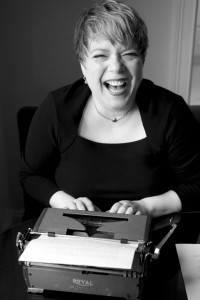 But since this space is all about me and what I think, what better place to share exciting news about my writing?

I’m delighted to announce that I am now an official contributor to Eclectablog. It’s an outstanding source of news and commentary, and I’m honored to be part of the team.

You can read the official announcement and an interview with me here.

Posted on: November 12th, 2012 by Amy Lynn Smith No Comments

To me, that’s the essence of effective communication (with, of course, a hat tip to Marshall McLuhan).

It’s also essential to how we absorb ideas that are communicated to us — online, in print, on television, person-to-person or what have you.

Yes, we have more options than ever before for finding and assimilating information. That’s a good thing.

And yes, content must be tailored to the medium. There’s a reason tweets are 140 characters and blog posts are, in theory, limitless.

But no medium can ever replace relevant messaging. Nor can messaging exist without a medium to convey it.

By all means, use every medium possible to reach your audience. But if the message isn’t meaningful, just don’t expect it to hit the target.