While I was at TEDMED, I had the pleasure of hearing a presentation by Ashley Atkinson, co-director of Keep Growing Detroit. 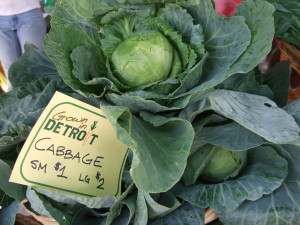 I was thrilled to see a voice from Detroit represented among international leaders in health and medicine — and telling a good-news story at that.

Read the post I wrote about Keep Growing Detroit for Eclectablog.