In Defense of Detroit and the DIA 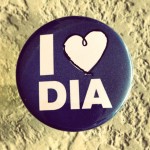 Detroit may face its share of challenges, but that doesn’t give outsiders the right to look down their noses at us.

So when I read an opinion piece by Virginia Postrel asserting that the Detroit Institute of Art’s treasures like Van Gogh’s self portrait would be “better off” in Los Angeles than they are in Detroit, I had a thing or two to say about that.

Keep Growing Detroit is one of my favorite good-news stories this year. I’ve been following them since I first heard about their inspiring urban gardening […]