Posted on: November 27th, 2013 by Amy Lynn Smith No Comments

Keep Growing Detroit is one of my favorite good-news stories this year. 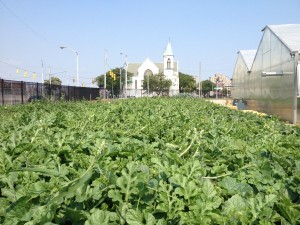 I’ve been following them since I first heard about their inspiring urban gardening project at TEDMED, and am delighted to see them harvesting great things from the seeds they’ve sown.

They’re not only growing produce to serve the people of Detroit. They’re strengthening communities and giving Detroiters new sources of income.

Read what I wrote about Keep Growing Detroit’s successful year at Eclectablog.

TEDMED: What you see is what you get

After having time to reflect on everything I saw and learned at TEDMED 2014, I keep coming back to an idea that was planted in […]

If the mark of a great conference is coming away with a brain so full you think it might explode with imagination, then TEDMED 2014 […]