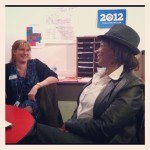 It’s not every day that you’re invited to the White House for the State of the Union. It’s also rare to have the chance to […]

Over at Eclectablog, I’ve been writing a lot about the Affordable Care Act and Michigan Medicaid expansion, in an effort to educate and engage people. […]