Over at Eclectablog, I’ve been writing a lot about the Affordable Care Act and Michigan Medicaid expansion, in an effort to educate and engage people. 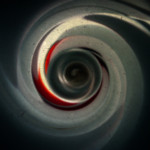 But I’m working on number of new posts — including a series of stories about Detroit and Michigan, focusing on the things that make us great. You can watch for those, coming soon. In the meantime, here’s a post I wrote not long ago about the Detroit Institute of Arts, defending one of the jewels of the city.

Dear world: Keep your greedy hands off the Detroit Institute of Arts’ collection

Read for yourself why I believe keeping the collection here is part of rebuilding the city and protecting the interests of people who have invested decades in serving Detroit.