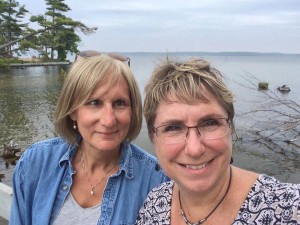 This is one of my favorite stories of 2012. Because it’s a reminder that even when we think we’re hopelessly lost, we can find something unexpected.

It’s about my friend Nina, who is like a patron saint of stray animals (and people). Over the years, she’s taken in countless cats and found homes for many others. Once she rescued a turtle that was stuck on its back by the side of a road.

Most recently, Nina discovered a cat hiding under her deck. The weather was still fairly warm, so Nina set her up with food, a cat carrier and a blanket. But when the temperature plummeted, Nina brought the cat into her house.

This grateful little angel immediately snuggled in, untroubled by the displeasure of the resident cats, contented to find a warm home and a warm lap.

While Nina was trying to choose the right name for this unabashedly affectionate cat, she saw the father of Emilie Parker, one of the 20 children who died at Sandy Hook Elementary School, talking about how sweet his daughter was. That’s when Nina named the cat Emilie Parker.

Here’s the part of the story I love best: Every time Nina picks up Emilie, she says a prayer for the victims in Newtown. But Nina doesn’t just pray for the 26 people who were shot and killed in that school. Nina also prays for the shooter and his mother, something many people have not been able to do. I admit, I’ve struggled with it, too.

But, as Nina said simply, “They’re victims, too.”

I’m not saying it’s right that Nancy Lanza had an arsenal of deadly weapons. I’m not saying there’s any excuse for the actions of her son. But by praying for those who lost their lives and their loved ones — all of them — Nina exemplifies the true nature of forgiveness.

Forgiveness doesn’t mean we ever forget the tragedy. It doesn’t mean we don’t do everything possible to fix the broken system that allows people to obtain assault weapons more easily than they can get mental health care services.

But without forgiveness, we can never heal. I wouldn’t ever presume to tell the people of Newtown how to work through their grief and anger, how to move forward with their lives, how to find peace, or even that they must forgive.

All I know is this: When we forgive, we let go of pain and make more room in our hearts for love.

Someday, Nina’s other cats will forgive her for bringing home Emilie Parker. If you’ve ever known the wrath of a jealous cat, you know that means there’s hope for us all. 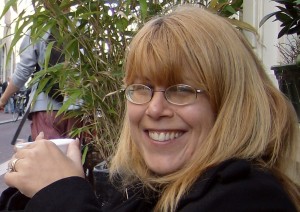