I’ve been told many times in recent months that I look like I’m in my early 30s. I have no problem with this, because I just turned 47.

Before you assume people were just being nice, I will hasten to point out they had no reason to be. Some of them don’t even know what I look like, because we interact via phone and Internet exclusively.

One person was a store clerk. I mentioned it was my birthday and she wanted to guess my age. She said 34. There was no potential tip in it for her. Another was a colleague who guessed I was in my 30s, without ever having seen me. I still get carded a lot buying booze, too. 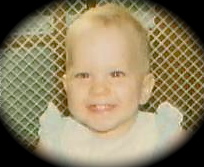 I have other examples, but you get the picture. The thing is, I haven’t really changed anything about my physical appearance lately. For once, my hairstyle has not evolved throughout the year. I haven’t gained or lost weight. I haven’t taken on a new style or fallen in love. No tangible reason for me to have a particularly youthful glow.

Plus, some people don’t even know me from anything other than my Facebook, Twitter or LinkedIn profiles, and my photos there are quite recent. So they’re going on other clues, I suppose.

What is it, then, that makes me seem so young? Am I just one of those people who is naturally young at heart? I can’t argue with that, because I certainly don’t feel 47, at least not most days. I do stay current with trends and news, music and pop culture, so I can talk about things with my 20-something friends and family that other people my age can’t.

But there has to be more to it than that. I’m wondering if it’s the fact that I’m generally energetic and enthusiastic, characteristics that can fade with age (not that they always do). Does a typically sunny disposition and optimistic attitude make you seem younger? Or am I just damn lucky to have good skin and enough brains to stay out of the sun?

I suppose everyone has their own reasons for thinking I’m younger than I am. And far be it from me to argue with any one of them.