I grew up in what you could call a two-party home. It wasn’t that one parent was necessarily a staunch Republican and the other a die-hard Democrat. They often switched sides so, really, they were independents. But they almost always canceled out each other’s votes and had lively debates (translation: arguments) about the issues.

Here’s one thing they agreed on, though, and it’s the principle that’s really stuck with me: You don’t vote for the party. You vote for the candidate whose values you support. You vote for whoever you think is the best person for the job.

This hasn’t only informed my voting decisions. It’s shaped my view of how our government works, about how our leaders should work together, about what’s possible when people put aside their differences and work for the common good.

My parents visiting Washington, D.C., on their honeymoon.

When you get right down to it, marriages and politics aren’t really all that different. There are negotiations. There are disagreements. There are good times and bad. There are issues where you’ll find common ground and others that will be a point of contention. There are days when you won’t even feel like speaking to each other and other days when your unity is the only thing that matters. In the end, though, a good marriage remains strong because for all the arguments or conflicts or grievances, you’re part of something bigger. The common good — the love you share, the vows you’ve taken, the family you’ve created — is more important than who left the cap off the toothpaste.

I firmly believe the same is true in politics. I think most people who run for office do it because they want to make a commitment to something bigger than themselves: their community, their country, their corner of the world. They want to serve with others who believe that our world can be a better place when we work together instead of against each other.

This is why I believe in the power of bipartisanship. Our country has been divided at times, as it certainly is today, but it has always managed to come back together. Good people have put country before party and worked together to create compromise, to solve problems and find solutions that unite us and make us stronger as a result.

Me, 64 years after my parents’ honeymoon.

We have a lot of work to do, it’s true. And it begins with each of us, with the desire to put petty partisanship aside and remember that we are stronger together. We have to be willing to accept each other’s differences, to live and let live in a country where everyone has the freedom to choose their destiny.

If every single citizen agreed to stop fighting about ideological differences and searched for common ground, that groundswell could eventually reach our leaders. We can tell them how we feel by writing letters, making phone calls or gathering peacefully outside their offices. We can tell them how we feel with our votes, by electing people who will work together instead of against each other.

It starts with each of us. My parents taught me that you don’t always have to agree to love each other or work as a team. Disagreements can be part of eventually reaching a compromise. You can have strong convictions and you don’t have to give them up. But sometimes, you have to concede just a bit. You can hold fast to your personal beliefs without imposing them on others.

If our leaders truly love our country — which should be the only reason they run for office in the first place — then they should put it ahead of everything else, and work together to find solutions that make our country stronger.

Because if we don’t move forward together, we’ll never get anywhere.

I wrote this as I prepared to attend the Meeting to Make America Work! hosted by No Labels, an organization founded to foster bipartisan problem-solving in Washington. 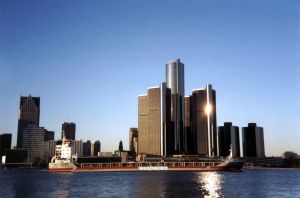